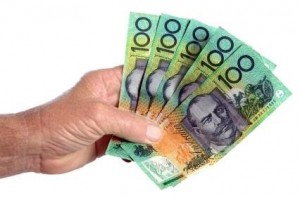 The taxation of your client’s personal income will depend mainly on his/her tax residency status
and not on his/her nationality (citizenship). In general, he/she will have the obligation for paying
taxes on his/her world wide income1 only in one state – in the state where he/she is considered tax
resident. In other state(s), where he/she is not considered tax resident but he/she derives income,
he/she may be obliged to pay taxes only on those income that are sourced from that other state(s).

Nevertheless, in the State of residence, the taxes paid abroad shall be taken into consideration by
applying methods of avoidance of double taxation.

According to the effective provisions of the Bulgarian domestic legislation (Art. 4, para. 1 of the
Bulgarian Personal Income Taxes Act, PITA), regardless of the nationality/citizenship thereof, a
Bulgarian tax resident individual shall be an individual:

who spends within the territory of Bulgaria more than 183 days in each period of 12
consecutive months, or

whose permanent place of residence is in Bulgaria, or

who has his/her centre of vital interests in Bulgaria.

Nevertheless, please be informed that the Bulgarian nationals are obliged to indicate permanent
address on the territory of Bulgaria on their Bulgarian ID documents. So, it shall be considered
that each Bulgarian national has a permanent place of residence in Bulgaria.

The individual shall be considered Bulgarian tax resident for the financial year during which his/
her stay exceeds 183 days. The financial year in Bulgaria refers to the calendar year, i.e. starts on
1 January and finishes on 31 December.

The individual shall have his/her centre of vital interests in Bulgaria in those cases where the
interests of the person are closely connected with the State. In the course of determining those
interests, the following may be taken into consideration: the family, the property, the place
wherefrom the person carries out his/her employment, professional or business activity, and the
place from which he/she manages his/her property.

A person who is permanently residing in the country, however, his/her centre of vital interests
is not located in the country, shall not be considered a Bulgarian tax resident. Non-resident
individuals shall be the ones who are not considered residents, i.e. those who do not fulfill the
criteria above.

As you may see from the legal definition above, the nationality/citizenship is not a tax residency
criterion under the Bulgarian domestic legislation. Thus, nationality could not directly reflect
your client’s personal income taxation in Bulgaria.